The Latest on BFB

What you’ve been saying about BFB

On 5th April 1971 Valinka paid her first visit to the recording studio in Dejvice, Prague – the studio where she would go on to record her eponymous LP in 1974 – which I long had in my imagination as a fairly Modernist structure in the out-of-town location where it was, to contrast with the more traditional architecture of the recording studio at Mozarteum, in Prague’s centre, but which I have subsequently discovered was in a then-disused church, now re-consecrated as Kostel Svatého Vojtěcha v Dejvicích (The Church of St Vojtěch in Dejvice). 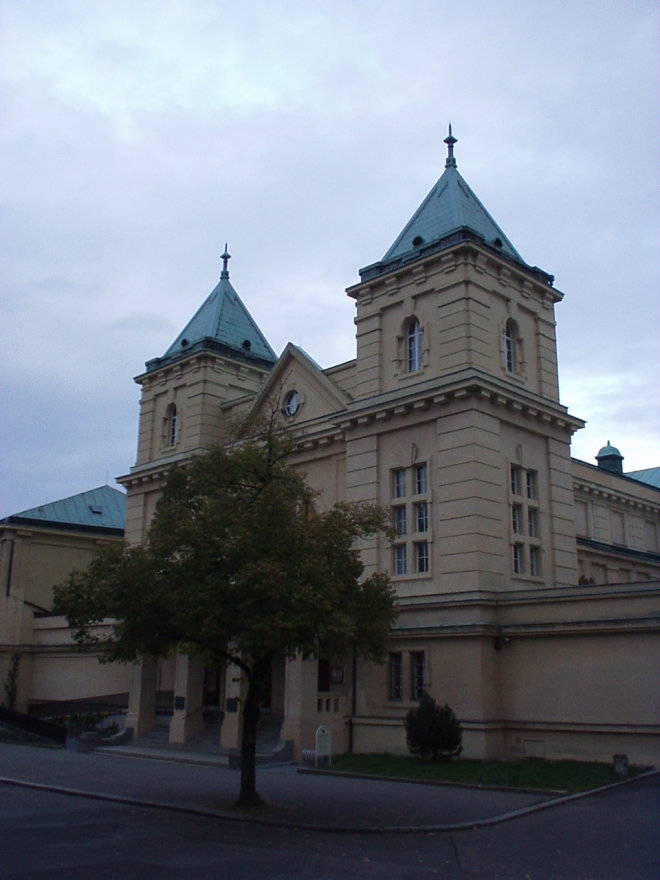 This was to record her song for the Děčínská Kotva festival, ‘Za sluncem, za vodou’ (‘In Sunshine, In Water’), so it’s a ‘Happy (forty-eighth) Birthday’ to that recording today.

Also as in the case of the then-forthcoming LP, the instrumental accompaniment was to come – also a ‘first’ for Valinka – from the orchestra of the long-standing legend of Popular Music in first the Wartime Protectorate of Bohemia-Moravia then Post-War Czechoslovakia, Karel Vlach.

For the full composition and performance credits please go to the ‘Valérie Čižmárová: A Life In Sound’ page of ‘Bananas For Breakfast’.

Valinka having taken me back to a period when the music of Wartime had a revival at the end of the 1960s and into the earlier part of the 1970s, my experiencing it at Derby’s King’s Hall in 1973, thanks to the fact that family members had complimentary tickets for concerts by the Syd Lawrence Orchestra (my uncle, Frank Dixon, was Lead Trombonist) who played all of the old Glenn Miller material, it is perhaps quite apposite that Valinka should be recording with that ‘Great’ in a year like 1971, since I still have the record our family had around that time, “The Real Glenn Miller and his Orchestra play the original music of the film ‘The Glenn Miller Story'” and I wrote a note in pencil on it showing that it entered the UK Album Chart on Christmas Day 1971, got to No. 28 and stayed in the Chart for two weeks.

Here it is, together with 1969’s ‘Syd Lawrence With the Glenn Miller Sound’ and the centrefold of the double LP I picked up during my holiday in the Czech Republic and Slovakia last October at the Antivkariát MLHA shop at the rail station in Žďár nad Sázavou, ‘Pozdravy Orchestru Karla Vlacha 1947 – 1982’ (‘Greetings From The Karel Vlach Orchestra 1947 – 1982’).

In the third photo along of the top row, by the way, one can see those ‘Girls Of The Golden East’ of a rather earlier era than the 1970s, the Allanovy Sestry (The Allan Sisters) (Jiřina Salačová, Máša Horová, Věra Kočvarová) for whom Karel Vlach’s Orchestra were regular accompanists in Wartime and shortly thereafter.

When I wrote this ‘Bananas For Breakfast’ post in December the year before last I had yet fully to appreciate just how long a career Karel Vlach had had previous to the 1970s and was perhaps still in a mind-set that, when it comes to Popular Music, it’s the Eastern Europeans who learn from the Western Europeans. I now think it may well have been more Ivor Raymonde asking for Karel Vlach’s advice rather than the other way around!

On this page of the Hudební arch­ív české a slovenské hudby (Musical Archive Of Czech And Slovak Music) site, you will see Valinka’s ‘Oči nelžou’ (‘Eyes Don’t Lie’)/’Říkáš pořád jak ti na mě záleží’ (‘You Always Say How You Care For Me’) right next-door to the Czech-language cover of Chelsea F.C’s ‘Blue Is The Colour’, ‘Zelena je tráva’ (‘Green Is The Pitch’), on which Karel Vlach’s Orchestra is featured.

One, two, three (to the tune of ‘Guantanamera’, in football chant mode).

Finally, to bring this giant of Twentieth Century Popular Music right into the here and now, the opening bars of ‘Za sluncem, za vodou’ are the ringtone for my mobile phone, ‘Valinka’.

If you’re becoming a ‘Valinker’ why not be a true fan, support Valinka’s music and download ‘Za sluncem, za vodou’ from Supraphonline and turn it into your ringtone?

The first voice call you get after that will tell you why I chose it!